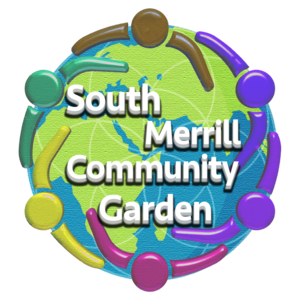 South Merrill Community Garden memorializes Troy Law, a former student of nearby O’Keeffe elementary school, who tragically died as a result of domestic violence. In 2006 the then principle of O’Keeffe transformed a vacant lot on Merrill Avenue into the student lead O’Keeffe School Victory Garden. Troy’s classmates were determined to plant a red bush in honor of his favorite color. The students of O’Keeffe School managed the garden until it was de-funded in 2010. The garden became neglected and overrun by gangs, drugs and violence, until… 2013 when home owners on the block, in partnership with the South Shore United Methodist Church Women’s Auxiliary Board and the Genesis Cooperative reclaimed the garden in honor of Troy Law and the South Shore Community. With dedication and hard work the garden was nurtured, loved and brought back to LIFE!! During this time, the garden was renamed South Merrill Community Garden and established as a land trust through Neighborspace. Today, the transformed South Merrill Community Garden serves as a sanctuary and positive influence in a neighborhood impacted by disinvestment, unemployment and gang, gun and drug-related violence. We provide a safe and peaceful space and energy that captivates the spirit, nourishes the soul and enhances the quality of life in our community. South Merrill Community Garden creates programming to educate, nurture and serve the community of South Shore through organic gardening, art and intergenerational social interaction.