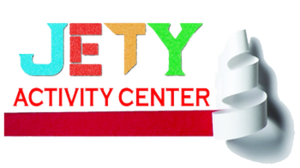 Carla Downing originally studied nursing and subsequently practiced for six years. She initially intended to care for sick children but found it very disheartening. Therefore, she proceeded to service senior clients for roughly five years, understanding that her true purpose was to service and care for children. She returned to study psychology and then to work in the field of social services. She began working for an Abstinence Education Program where she trained Educators to present abstinence programming to youth as she provided medical slides inside of 65 Chicago Public Schools, four N.Y.S.P programs and several other youth programs throughout the city of Chicago. After exceeding service goals for the abstinence program, Carla was asked to fill a position within the same agency as a CHA Family Works Case Manager. She later then transitioned to the position created from her work inside of several CHA developments as a Youth Developer. After providing 11 yrs of service to CHA residents she took ill for 18 months. It was then that she returned to the work force as an entrepreneur making the decision to follow her passion for leadership development in youth. Carla spoke often of struggles as a working parent with finding out-of-school care that encompassed quality, affordability, safety, and offered a variety of programming and feeling as though it was as well a nurturing environment. She also realized, one of her biggest issues were, that everything is typically a la carte, and additional fees for hours that were much needed, or minutes for that matter. So with all these things in mind, she derived the names of her two wonderful children Jeremy and Tyler founding JETY Activity Center, and has continued on this journey.